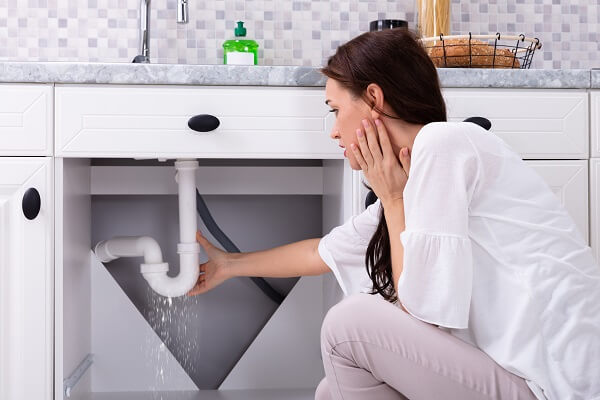 A plumbing emergency can happen at any time. Sometimes, signs appear before a full-blown plumbing disaster. Most times, however, these situations arise out of the blue. These unpleasant surprises leave the homeowner, renter, or business owner unprepared and unsure of what to do next.

The most common plumbing emergencies

At the top of the list, an overflowing toilet happens to almost everyone. We all know the panic of a water level that keeps rising after a flush.

The first step is shutting off the water flow. This means going to the metal knob behind the toilet and turning it completely counterclockwise to shut off the valve. Once the water flow has stopped, there are a few areas to look for the source of the problem.

It might be as simple as an obstruction in the pipe from using too much toilet paper. In this case, a simple plunger should do the job. One part of the toilet that could be the culprit is the float mechanism inside the tank. Reset the float mechanism by picking it up and placing it gently back onto the top of the waterline.

More serious clogs will need an auger, a device used to take out debris blocking the water flow.

A burst pipe has the potential to cause the most amount of damage. It is also the most dramatic and usually most expensive plumbing emergency to fix. A broken pipe can occur for many reasons, ranging from old rusted pipes to accidental damage from power tools.

When this plumbing emergency happens, it can be shocking. Immediately turn off the water supply to prevent further damage. Over 100 gallons can be released in an eight-hour window. Remove any furniture and put towels down, then call your plumber right away.

Clogged sink drains usually do not happen overnight. A gradual buildup of grease, food scraps, and other dense materials down the drain can become a big problem that seemingly pops up in a single day. To avoid this, throw all grease and large food scraps away in the trash. Corroded pipes may be more susceptible to clogging as well.

A sink plunger is the first line of defense when the sink is stopped up. If a plunger does not work to unclog the obstruction, a drain snake (also called an auger) can usually break up the clog.

Though slightly less destructive than a burst pipe, a leaky pipe can cause almost as much water damage. A gradual leak is unnoticeable and can be left alone for a while. Leaking pipes are usually due to the joint loosening over time. Use a wrench to tighten it first. If the leak is coming from the actual pipe, a rubber patch is a temporary solution to stop the leaking before a plumber can get out to fix it permanently.

Request an appointment here: https://www.bevillstexas.com or call Bevills Plumbing, Heating & Air Conditioning at (325) 268-5106 for an appointment in our Abilene office.