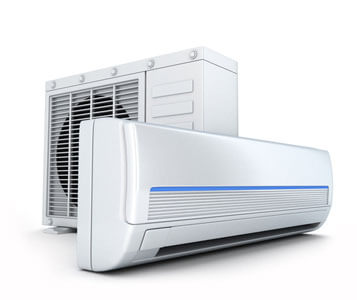 Homes that rely on boiler heat usually do not have the ductwork needed for traditional central air conditioning units to operate. That does not mean you are stuck without AC if your house relies on boilers, though. There are several options that will work, some of which are designed for homes just like yours. The best option for your house will depend on its unique design characteristics, so if you are wondering which one to go with, consider asking a professional for a recommendation.

Units that do not need pre-existing air ducts

This design works well for many homes with boilers, and there are a couple of manufacturers who compete in this niche. A mini-split AC system differs from regular central air by using two units. A large unit like a traditional central air unit sits outside the home. A smaller indoor unit is connected to it through small ducts that run out of the house. They need to be installed with the unit.

Using a mini-split sidesteps the need for a traditional duct system, but not every home has an ideal location for a mini-split system. An installation technician will be able to tell you more about how a mini-split air conditioning unit would work in your home.

Removable cooling units that sit in your window are getting better every year. They are still more expensive to run than most central air systems if you intend to cool an entire house, but they offer versatility. You can choose to cool only certain rooms, limiting the expense. They are also usually cheaper to get up and running than a central system, but the cost of running multiple units quickly makes up that difference.

A newer design that is not offered as widely as the mini-split involves creating a series of small ducts for air to travel between rooms. It requires a bit more work to get installed than other options because technicians need to create the entire duct system throughout the house, but it uses an architecture that is smaller than traditional heating ductwork. This makes it easier to install into homes that have boiler heat and other methods that do not rely on traditional air ducts.

Air conditioning is more than just a creature comfort. In areas with sweltering summers and high temperatures even during the winter, it can be a lifesaver for many. The World Health Organization warns that exposure to extreme heat can cause cardiac arrest or stroke, even in those who are not normally at high risk for the conditions. Even in climates where the outdoor temperatures do not reach dangerous levels, buildings designed for winter heating efficiency can become dangerously hot if they are not properly cooled in the summer. Luckily, the same insulation that makes them efficient to heat helps keep them at temperature once they get cool.

Are you considering air conditioning in the Abilene area? Get more information at https://www.bevillstexas.com.